China will be taking a digital leap for pets since the country mandated that all dogs in Shenzhen should be microchipped. According to Techcrunch, China’s southern city, Shenzhen announced in May that chips should be implanted to the dogs in the city, joining the ranks of Japan, the United Kingdom, Australia, and other countries that mandate the use of microchips on dogs.

(Photo : Screenshot from Twitter post of @PhoenixSquawk)
All Dogs in Shenzhen, China Will Have Microchip Implants That Would Last For 15 Years

All registered dogs in Shenzhen would be implanted with microchips for free, which would be used to help find lost dogs and determine ownership of dogs. The chip info can only accessed by authorized personnel, dismissing concerns over privacy breach. … pic.twitter.com/VMlTHjijpw — Phoenix Capital (@PhoenixSquawk) May 31, 2020

The Shenzhen Urban Management Bureau’s social media posts stated that the city regulators started to set up injection this week, across their partnering clinic. The size of the chips that will be implanted under the skin of the dog’s neck is like the size of a grain of rice. Besides, it could last for 15 years.

Also Read: [VIRAL] Don’t Know How To Wear a Face Mask? This Police Dog Will Show You the Proper Way

The report explained that when authorize personnel scanned the chip on a dog’s neck, a unique 15-digit number matches the dog’s name and breed, as well as its owner’s contact information and identity. The mandatory microchips will help reduce stray dogs in the streets.

The microchip doesn’t track the dog’s location since it is a radio-frequency identification (RFID) chip. The local media report also confirmed that the authority doesn’t store any personal information of the pet’s owner.

Other countries that implants microchips under the dogs’ skins

The Shenzhen government plans to pass a bill legalizing the microchip implants because of the growing pet population in the city. The owners who will not comply will face a fine or will be forced to turn their dogs over to regulators. According to the official data if the city, almost 200,000 dogs and cats are owned by 20 million residents in 2019. 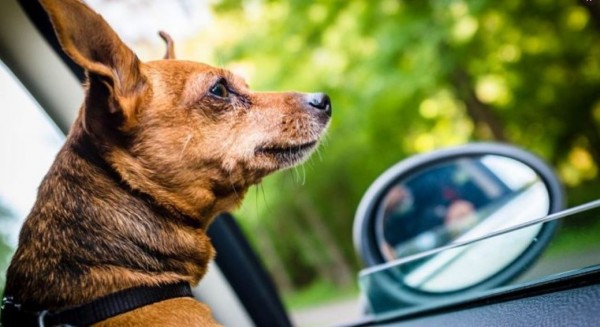 (Photo : Screenshot from Twitter post of @Ric9871Ric)
All Dogs in Shenzhen, China Will Have Microchip Implants That Would Last For 15 Years

China is not the first country to mandate microchip implants on dogs. BBC previously reported that the United Kingdom also ordered dog owners to have their pets implanted with microchips. Those who will not have their dogs microchipped will be fined up to £500 or $644. In England, Wales, and Scotland, it is legally required that all dogs must have a microchip implant by the time they reach eight weeks old. For more interesting animal facts, get notified with the latest news at TechTimes.

For more interesting animal discoveries or innovations, always visit TechTimes. Also, check how this police dog will teach you to wear a mask.

This article is owned by TechTimes,

ⓒ 2018 TECHTIMES.com All rights reserved. Do not reproduce without permission.

By Douglas Gibson South Africa’s sickness is not Covid-19. It is greed. Written nearly 3 0…